This gospel singer was born Tshamano Siphei and was introduced to the industry with her début album, entitled Zwonaka, in 2014.

“I am glad and thankful for the most successful launch,” she said. “I have seen the support of fellow artists, the love of those who love my music, and the support from the leadership of The Pentecostal Holiness Church at Magau village, who offered me a venue. My thanks also go to Thendo Multi-media Productions, for offering to do video footage and photographs – their kindness will always go a long way.”

She sings about issues that concern the lives of people here on earth in order to encourage, inspire and motivate. She also sings as a way of worshipping and praising God. 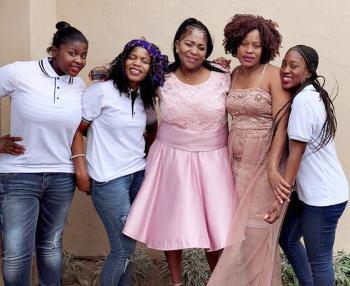