A Tshivenda traditional artist, Mpho Kharivhe, has just released his new album, Yo Shoma, aimed at inspiring unity among all people, regardless of the colour of their skin.

Yo shoma is his third album, and the title means “the fight is on.” It contains 13 tracks; some of the tracks that are already popular are the title track, Yo shoma, and other tracks such Ndo Guda, Tshelede ndi mavhulaise and Ri nanwi misi yothe.

Kharivhe (48) hails from Tshivhulani in Sibasa and keeps on helping young and upcoming artists and encouraging them to take education seriously. “With education, you can defeat poverty and unemployment hindering rural communities. I understand that some young people are enthusiastic about the music industry, but they need someone to encourage them to go along with the God-given talent,” he said.

He said he developed a love of music at the tender age of nine years while singing in church and school choirs.

Kharivhe said his first CD was called Forward Ever and Backward Never, featuring songs such as Vho-Nyatshikelengende, Traffic police and Lutendo ndi gundo. In 2015, he released his second CD, Ngoho, which means 'truth' - a reggae album with songs such as Tshelede ndi mavhulaise and Mudzimu ha khakhi.

His CD was recorded at Rwista PAC Records in Ha-Magidi, now Thohoyandou Unit E, and was engineered by Itani Sihadi, better known as Rwista. 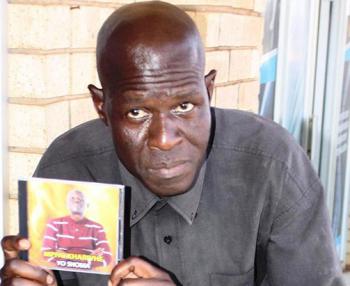