“Reggae music traced me and found me murmuring intelligible verses and lyrics that all made sense to those who heard me – and my murmurings fitted well into the reggae genre.”

A resident of Tshakhuma, Aluwani Munyai, had always loved music, but when he listened to reggae music during his teenage days, he knew that he was getting a new experience of the genre he had not taken seriously before.

“I knew that seasoned musicians such as Colbert Mukwevho were good singers who had beautiful music with positive lyrics, but I didn't really understand the depth of the genre,” he said. “Little did I know that reggae was not just a genre, but the music that forms part of the Rastafarian movement that calls for all people to live in peace, love and harmony.”

After some years, Munyai started singing seriously and developed his music to the roots sub-genre of reggae. He adopted the stage name Ras-Lion, and he became known as Ras-Lion Munyai. His earlier albums that cemented his career as a musician are Positive Marasta and Vha do di sola (You'll regret).

Ras-Lion was inspired by the great reggae artists such as Peter Tosh, Joseph Hill, Gregory Isaacs, Khakhathi Tshisikule, Colbert Mukwevho, and Ntshenge and the Jah Live.

“I look up to a diverse array of experienced artists who had come before me – they are my motivation,” he said. “I sing spiritual songs for my people. I am deeply in love with my music.” 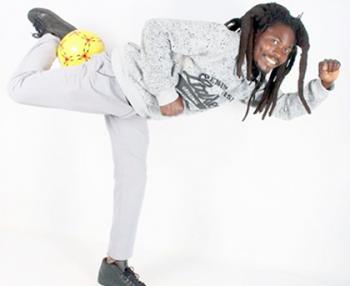