While growing up in the small village of Ha-Muila outside Louis Trichardt, Rudzani Concily Rammbwa (26), also known as DJ Poison, always had a dream of becoming a famous DJ.

With the support of his parents, Mr Jackson and Mrs Sarah Rammbwa, today he is a well-known Limhouse music DJ, with his hit song Solanka re phela being played in almost every club.

DJ Poison has been signed by one of the dominating record stables in Vhembe, known as Mosbee records.

“It hasn't been easy in the industry of music since there are a lot of challenges and obstacles you face in your journey, but I didn't give up. I love what I do, and that is the reason why I became the DJ I am today.”

He said sometimes he felt like quitting music, but the release of his single, Dubula, gave him hope.

“The song Bubula eventually became a hit and that gave me courage to go forward, because people showed interest in my first single. I then started my own crew, called Toxic vision records, and my parents supported me with some equipment.”

DJ Poison has worked with other artists such as DJ Listo, DJ Sunco, DJ Suntec, Queen, Ronald Mashala, Lady shake and many more.

His other popular hit song is Something is missing. 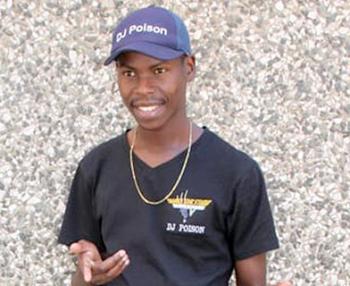