Bishop Roxley Masevhe has just extended the release of his Mesiya album to online platforms, so that those who could not get a hard copy CD can now access it.

Masevhe, who is inarguably the godfather of Tshivenda gospel music, said that some of his old music was available online in formats that did not come from him since they were uploaded by unauthorised persons. “Now people can buy my authorised music from my latest album, Mesiya,” he said. “This is a package of good, inspirational music that will move you closer to God.”

He explained that it had taken him a very long time to write, compose and arrange the songs on Mesiya and added that he was confident that as much as he had enjoyed recording the music, those who would buy it online would surely enjoy it as well.

Mesaya is Masevhe's 42nd album in his 43-year musical journey so far. His first album was entitled Vhudzisani makhulu and it was recorded at the then Radio Venda. His real professional recording was realised in 1984 when he released the chart-busting album entitled Liada Duvha (the day is coming).

In 1985, he recorded another smash hit, entitled Fhungo la vhutali na vhutshilo (the word of wisdom and life), and together with his earlier album, this culminated in major sales of more than 400 000 copies.

“I became a household name in Limpopo Province in such a way that I had become the most sought-after public performance artist at music festivals, weddings, conferences and parties,” he remembered. “Even today, people still enjoy my music.”

Through the decades, Masevhe has unearthed talented artists such as Gabriel Tshisikule, Emmanual Mamphogoro, Rejoice Mukumela, Dan Netshakhuma, Patric Matsila, Fhulu Dangale, Eric Liphadzi, Hilda Ratombo, and Junior M. “I believe that if you have real talent, you need to share it with others. It's like a candle - you can do more by using it to light more candles,” he said. “Therefore, my latest album, Mesiya, stands as an extension of my shining legacy as a musician who loves and respects his art.” 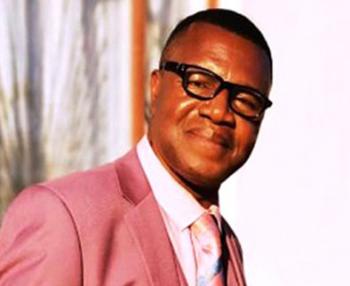