Young Key-Gee Splodge is on the rise

Kay-Gee Splodge is a young singer, rapper, and composer whose talent speaks volumes. He sings in a wide range of genres, and seems to excel in Afro-pop, hip-hop and kwaito.

“I always put all my energy into any project I find myself working on, and that’s what makes me an excellent artist whose work touches lives,” he said. “I wake up each morning to put my feet on the ground and take giant steps forward to make a difference for my benefit and the benefit of my fellow humans.”

He discovered his talent in church as he grew up singing in Sunday school. He was only 11 when he started taking music and singing seriously. “Music means the world to me,” he said. “It makes me think about how it relates to life – because music is a way to express yourself.”

He stated that he had come realise that music worked as a medium to carry and address a wide range of social ills. “We can use it, via lyrics or socialising, to either fight crime or uplift the lives of youths who have missed the right path in life,” he said.

He was mentored by his manager, Thomas Ramaleba, and he is ever thankful to him for the continued support. “For inspiration, I look up to the music and activities of Cassper Nyovest and AKA because they are able to utilise music for a good cause,” he said. “They remain focused.”

Kay-Gee Splodge is known for hits such as Hamba Nawe, U Combo, Sthandwa Sam, Nomathemba, Wanga, Special Somebody, On My Way, No Feelings, and The Way. 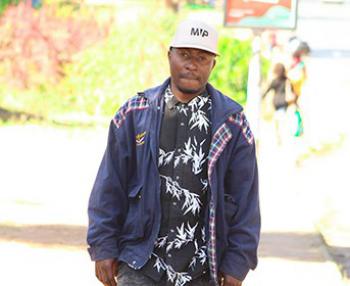