The wisdom of our elders can be traced in our songs

Reggae artist Ishmael Mudau has done it again. He has just released another album, entitled A longo lala, which refers to the notion that peace does not exist in the land.

“This is the best work I have ever composed thus far,” he said. “The sound and lyrics’ quality is on another level. Just get yourself the album and enjoy good music.”

Mudau is confident that his latest project is bound to penetrate the international reggae market, which he had been yearning to crack for some time now. “I have been witnessing my growth as an artist, and now I am confident to say that it’s my turn to shine even more,” he said.

Mudau said that, apart from the artist who served the purpose of entertaining, the singer also encouraged people from all walks of life to appreciate and tolerate one another. “As artists, we have arrived at the stage where we are not only men and women who utter prophesies but also herd a community or individuals in the direction where they are able to see their sun, moon and stars,” Mudau said. “All these mean a life of possibilities – here, I am speaking about real hope.”

In an earlier interview with the Limpopo Mirror, Mudau hinted that, to him, music was a gift from God, and that he was meant to deliver positive messages. “I respect my art; I don’t take my gift of being a singer for granted,” he said.

Although the Lwamondo-Zwavhavhili-born singer is normally based in Gauteng, Mudau has not forgotten his roots. He travels to and from Gauteng all the time to give his music to his people and to “drink from a spring of wisdom” that he says is found only in his village. “Each one of us has elders who motivate and encourage us,” he said. “Their wisdom can be traced in our songs and other art disciplines.” 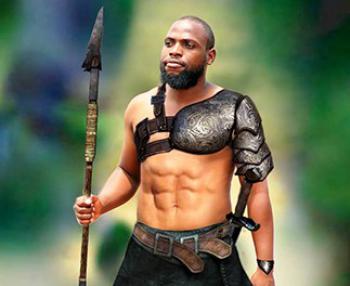