Those who closely follow the evolution of local reggae music will also know Tendani Ragimana as the talented, sweet-voiced backing vocalist for her husband, Shufflers Ragimana, for the past 30 or more years.

What reggae maniacs do not know is that, while Tendani was working with her husband for all those years, she had a dream of releasing her own album one day. Now, having learned all the ins and out of reggae music, Tendani’s dream finally came true when she released her debut album, titled Kondelelani, last week.

Although she still works with her husband as backing vocalist, Tendani said the time had come to realize her potential as musician and demonstrate her own talents that she had nurtured over a long time. “Many people still believe that reggae is popularly sung by men, but this myth should be proven wrong. That is why, as a woman, I have taken this bold move to claim my rightful spot in this genre,” she said. “I am happy that we have other women in the music industry who are moving more into this genre. With the right support, women can also become big names in the reggae music fraternity.”

Tendani said that working with her celebrity husband was to her advantage. “Reggae lovers do not usually ask who I am because they have seen and felt my presence in the music industry for many years. It is good that many people have known me even before I released my debut album.”

The album is available in all major online stores and marketed and distributed by One Step Music. For more information on public performances and CD hard copies, Tendani can be contacted on 082 757 0028. 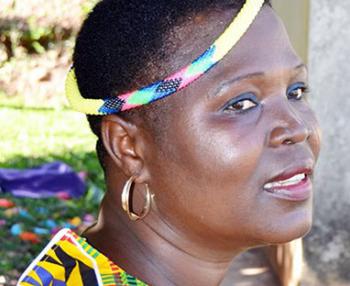