Mugivhi, who is a third-year BA-student in international relations at the University of Venda, says he fell in love with writing when he was only 14 years old.

“I spent a lot of time watching and analysing soapies and imagining how this or that soapie should have ended, or how the plot should have played out instead,” he says. “My love of writing grew from that kind of critical mind.”

In 2016, he started writing stories and sharing them with friends on social media, such as Facebook and WhatsApp groups, and everyone said they were really good stories. He gained more and more followers every day, and that kept his confidence alive and gave him hope that he might reach the point one day where some of his dramas would get published.

“My followers encouraged me to write a book, because they saw that I had a gift,” he says. “My late father, Musandiwa Maxwell Nelwamondo, used to support my work by buying me data, so I could post my stories on social media. I wish he was alive now to see what I have accomplished by it.”

Mugivhi, who matriculated from Ndaedzo Secondary School in 2018, had submitted his manuscript to several publishing houses around Limpopo, without any luck, and in the end decided to self-publish his book.

“It took me five years to fulfil my dream of publishing my book,” he says. “With the moral support of my parents, Vhutshilo Lydia Ratshimbilani and Calvin Murashiya, I managed to publish Dandetande in both hard copy and on Amazon.” 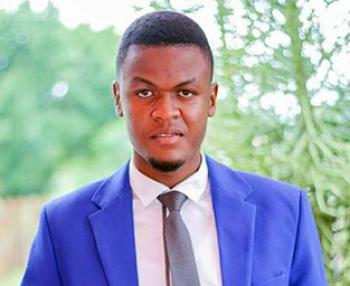