Mafadza believes that people should face the realities that come with everyday life, and that is why Ndivhoniswani speaks directly to the reader. “We live in a society where women and children are being abused physically, sexually and emotionally, (and are) getting killed every day,” she said. “So, I addressed the subject of GBV in literary form, knowing that many people will get the message when they read the book.”

Mafadza dropped out of college while she was doing her N6 qualification in chemical engineering, to find her true passion in life. “Just as I was about to burn my old books, I found an exercise book in which I had tried to write a drama back in 2012. And that’s where it all began.”

Mafadza’s mother, Thinawanga Sylvia Nkhumeleni, used to tell her and her siblings vivid tales when they were young, and that was where her inspiration came from. “My mother inspired me to write. She’s such a good storyteller. It’s always mesmerising how she narrates her past. It made me develop a love for writing.”

She started reading and writing voraciously on a full-time basis. “I am a keen writer who sees herself going places,” she said. 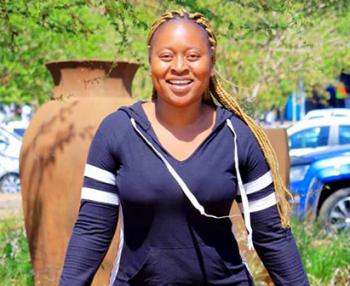