Mulaudzi was born and raised in Khalavha village and is regarded as one of the trendiest upcoming Venda artists. He grew up in a family that loved music. “Gospel and reggae music was a part of my life at home,” he said.

He started his music career as backing vocalist for the Mangondi UAAC Choir (United Africa Apostolic Church), who released three albums during this time. “I started listening to local rap music (VenRap) by artists like Mizo Phyll, CJay and others. What I love about music is that I am able to convey my messages to all my fans, regardless of age,” he said.

In an interview with Limpopo Mirror, Mulaudzi said he was happy that he had finally realised his dream of reaching out to people through music. He said that his parents had played a vital role in the production of his album. “They told me that I am talented and that I must release an album, so that the whole world can see this talent.” To enhance his writing and composition skills, he took piano lessons.

Mulaudzi’s ‘unique’ style, which consists of heavy bass sounds, some chopping sounds and occasional well-positioned brass, has gained him great popularity among gospel music lovers. He sings about personal experiences and what he sees happening around him. “I also give advice here and there through my music,” he said.

Vhuvhuya consists of 20 vibrant tracks, including Odala fhasi, We nda nanaga, Thonifho and Muchidzi, and seems to be doing very well so far. “My album is in high demand and has sold many copies so far. In the streets people are loving it, and my fans have given me really good feedback. By the look of things, I will continue singing this type of music, as it proves to be very popular.”

Getting the album recorded, however, was that easy for him. Despite having plenty of songs ready, he had to fund the project himself.

Mulaudzi believes that God has blessed everyone with some kind of special gift and that people must utilise that gift. He encourages people who have a passion for singing to find themselves a producer who can help develop them. “But beware of stingy producers,” he warned. 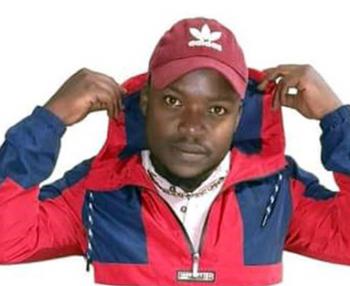