Billion SA, born Lufuno Mulaudzi at Dopeni village in the Nzhelele area, is known for his Afro-House beats with their high-tempo Kwaito fusions that border on contemporary jazz and Afro-traditional music.

As a way of celebrating the end-of-year-season, Billion SA has made a re-entrance with his latest hit single, Zwido Naka, which relays a positive message of hope.

“I always believe that no matter how hard it gets at times, eventually everything will turn out alright,” he said. “The song was inspired by the way some people live to inflict hurt on others. They gossip, steal and kill, and this is the kind of negative attitude that people should try to avoid. Don’t be the reason why the next person is crying. Rather than gossip, steal or kill, just ask yourself these questions: what good deed can I do in this world? Why do I have to hurt others? Once you do something good, it starts to change your whole attitude toward others.”

Billion SA first released his gospel album, Sione ke le gae, in 2009. This year he released a new album, titled Mafula 2021 Version - a favourite among his fans. “My previous songs had also done well in the music industry, but I made a real breakthrough around 2014 after my fans advised me to record House, jazz and traditional music,” he said. “I loved gospel very much, and I couldn’t understand why I had to move from that to other genres. But I must admit, the move had made all the difference in my music career.”

In 2014 he recorded and released his first Jazz and traditional music album, Africa Unite, which received massive airplay. “I love how people react to my music; it is all so amazing in a way that makes me happy,” he said. 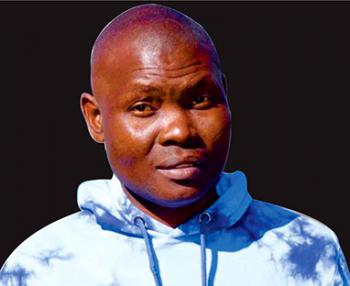