Shumani Christopher Nevhutalu (33), also known as “Backspace Mr Nikhouambamini”, has made a booming comeback with his latest seven-track EP, which is guaranteed to set music platforms ablaze with its vibrancy.

The album is titled MTN (My Time Is Now), and songs such as Mulatshawe (ft Castro), I love you (ft Batondy), and Nikhouambamini (ft Natasha) already seem to be exceptionally popular among fans.

Mulatshawe tells the story of a man who had worked very hard all his life to earn his salary, and now he is proud to spend it with those closest to his heart. “I feel that the fact that men work hard to earn their bread is something that needs to be recognised and celebrated,” he said.

Backspace, a resident at Tshaulu Ha-Begwa village, explains that I love you is about a man who declares his deep love and appreciation to the woman he loves. “It’s a reminder to all to appreciate one another, create special moments and memories, and make the most of the time we have with our loved ones,” he said.

At the beginning of the outbreak of Covid-19, when the world still tried to come to terms with this fearsome pandemic, Backspace posted many freestyles on his YouTube channel, which afforded him great popularity.

He holds the belief that people should embrace a positive attitude towards life at all times. “Throughout our whole life journey here on earth, we learn many lessons that help shape us into the social beings that we ultimately become,” he said. “All we need to do is teach the next generation these same lessons, so that they do not have to learn the hard way.”

This artist runs his own studio as rapper, vocalist, dancer, and songwriter. “I live for music and express my feelings through my songs,” he said. “This is the only way I can communicate with the world, and it keeps me free from the pains of life.

“I am a responsible social being who believes in nation building. It is very sad to hear about all the murder, rape and drug abuse among young people,” he said. “Let’s rather wage a war against crime and poverty and make the world a better place.”

Follow Backspace Mr Nikhouambamini on social media platforms. He can be contacted on Tel 076 658 2253. 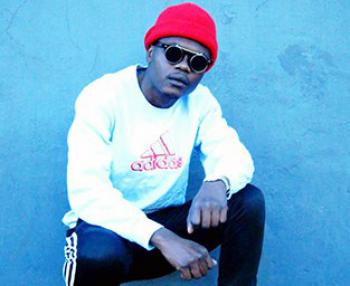 Shumani Christopher Nevhutalu, also known as Backspace Mr Nikhouambamini, has made a booming comeback with his latest EP. Picture supplied.