Daughter of sangoma follows in his footsteps

Rhandzu Hlathi, the daughter of a well-known local traditional healer, Dr Sylvester Hlathi, was one of three young trainees at Mageva village outside Giyani who finally graduated as sangomas. She spent more than three years as a trainee.

Hlathi (24) resigned as manager of a hotel in Polokwane,  “after my ancestors called me to follow my father to train as a sangoma. Now I’m feeling better, after illness of many years. I don’t have pain anymore since I followed my ancestors’ call,” she said.

She said she would henceforth focus on being a traditional healer to help other people and would never take on any other job. Her trainer, Martha Ndlovhu, said she was very happy to have trained the daughter of a powerful traditional healer. Ndlovhu also indicated that she “specialises in training people who are suffering with calling by their ancestors, who want them to be trained as sangomas.”

Dr Sylvester Hlathi said he was very happy that his daughter had completed the studies.  "I would like to thank Mama Ndlovhu because she saved my child,” said Hlathi. 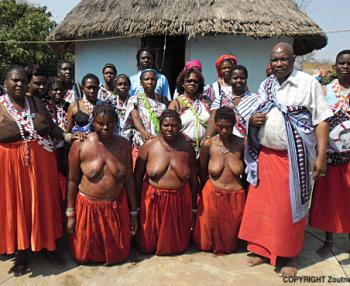