The Minister of Arts and Culture (first respondent), the chairman of the South African Geographical Names Council (second respondent) and the Makhado Municipality (third respondent), have abandoned their battle of many years, today (30 October) in the Pretoria High Court, to have the name of Louis Trichardt changed to Makhado.

The name Louis Trichardt was published as Makhado in the State’s Gazette of 14 October 2011 (Gazette 34 670, Notice 851). Following which the Chairperson’s Association (CA) of Louis Trichardt brought an application for review asking that the publication be set aside.

We forced them to supply the documentation detailing the Minister’s decision to have the town’s name changed. They could not provide them. They knew we would be successful in obtaining the order, and therefore decided to thrown in the towel. They realized they could not continue with the case, because they do not have the documentation on which the Minister's decision was based,” said Mr André Naudé of the CA.

The three respondents, by way of an agreement, conceded, and Judge Da Silva put aside the publication of the name Makhado in the Gazette.

Read the full story in next week's newspaper. 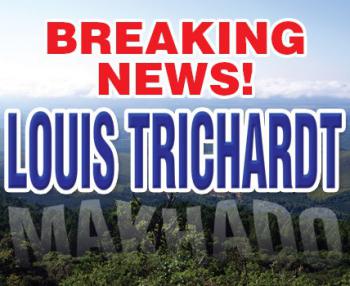