The Makhado Municipality is one of the municipalities being investigated for investing with the now embattled VBS Mutual Bank.

Makhado is one of nine municipalities in Limpopo who invested with VBS, despite strict instructions from National Treasury not to do so. In total, Makhado invested R61 712 340 at VBS, and whether they will be able to recover any of the money they invested remains to be seen. The SA Reserve Bank placed the bank under curatorship in March this year amidst allegations that the bank fell victim to large-scale fraud by its own senior managers and directors. The curator estimated that roughly R1,5 billion cannot be accounted for.

Last Tuesday, the Limpopo provincial government announced that a forensic team will investigate municipalities that invested in VBS Mutual Bank. The team will be given three months to complete its investigation. “All affected municipalities were requested to fully co-operate with the team to ensure that a proper investigation and a report is submitted to the Executive Council (Exco),” said Mr Phuti Seloba, provincial government spokesperson, in a press release.

Among the questions the forensic team will need to answer are:

* Whether or not the municipality’s investment policy is consistent with the requirements of the Municipal Finance Management Act (MFMA) and the Municipal Investment Regulations;

* Which money was invested (be it equitable share, conditional grants or own revenue);

* How and why did the municipality took this investment decision;

* Whether the decision was approved by Council;

* Whether the investment decisions were contrary to the MFMA and related Treasury regulations and, if so, which officials should be charged with financial misconduct and what are the charges they should face; and

* Whether any municipal official or councillor involved in the investment decision received any incentives and/or commission or loan(s) from VBS?

The Makhado Municipality might have already answered some of these questions. During the municipal council meeting of 31 July this year, under the item QUESTIONS OF WHICH NOTICE HAD BEEN GIVEN, the municipality had to respond to similar questions by Cllr TA Maraga.

Maraga wanted to know if the municipality, as custodians of public funds and with an obligation to manage these funds with great care, was convinced they had satisfied this obligation by investing public funds at VBS. “If yes, substantiate your response and indicate its relevance in satisfying the ‘great care’ of public funds, and if no, give an account of the challenges you had and how you addressed them if you did,” Maraga asked.

In response, the municipality said that they were satisfied with the decision to invest at VBS at that time, “as the main objective was to improve municipal revenue, by earning interest on surplus funds which has always assisted the municipality to fund internal operational costs”. They added that the municipality had analysed reasonable interest returns of various financial institutions before investing and had also considered the unqualified audit opinion of VBS at the point of investing.

Judging by the municipality’s response, they are sure to argue that they did nothing wrong in taking a decision to invest at VBS, despite a very specific instruction from National Treasury not to do so. The only problem now is that the money is gone, and somebody needs to take responsibility.

Probably the biggest question the municipality must answer would be whether any official or councillor received an incentive, commission or loan from VBS to secure the investment. This might be a difficult question to answer, as Mr Anoosh Rooplal, who was appointed as curator of VBS, had already stated in court documents filed with the High Court in Johannesburg that “bribes” were paid.

“At the starting-end of the illicit Fraudulent Scheme of looting VBS and to make actual money available, the Perpetrators solicited large deposits from organs of State and State-owned enterprises through the payment of bribes. This was facilitated by the payment of so-called ‘commissions’ to various influential individuals from an account held in VBS by a Vele-related entity, being Robvet,” said Rooplal.

Rooplal stated that these payments could be described as bribes to officials in municipalities, PRASA and the PIC. “The Robvet account (Account No: 10032997001) has, as far back as early 2016, been used to pay ‘commissions’ to third parties who have assisted VBS in raising deposits from municipalities,” said Rooplal. He added that the account was used to pay ‘facilitation fees’ to municipal officials in order to have them deposit municipality funds with VBS. “As it appears from the Robvet bank statement, large bank expenses were processed through the account. As at 30 March 2017, this account had an overdraft exposure of R8 385 720.82,” said Rooplal. 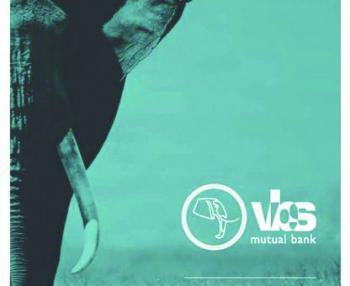