MC Mining has signed heads of arguments (HOAs) with a leading international Chinese construction enterprise, the China Railway International Group (CRIG), regarding their Makhado Lite coal mine just north of the Soutpansberg.

In announcing the signing of the HOAs in a press release last week, MC Mining (formerly known as Coal of Africa Limited) said that CRIG was the international focussed division of the China Railway Group, a leading global construction company listed in Shanghai and Hong Kong.

Under the terms of the HOAs, MC Mining and CRIG have agreed to negotiate a package that comprises the engineering, procurement and construction (EPC) for the Makhado hard-coking and thermal-coal project (Makhado Project), coal-handling and -processing plant, financing for 85% of the EPC costs and contracting mining operations, conditional upon the finalisation of terms and conditions by June 2019. “These include completion of the Makhado front-end engineering and design study and agreement on the EPC contract price by both parties, as well as appropriate funding on acceptable terms,” said MC Mining in the press release.

According to MC Mining, the development of their Makhado Project is expected to facilitate economic growth in Limpopo. They said they would keep the market apprised of further progress with regard to the ongoing discussions with CRIG. MC Mining said that off-take discussions for hard-coking and export thermal coal production from Makhado were ongoing with various parties.

“This is an extremely positive move as it represents international recognition for the world-class nature of the Makhado Project,” said Mr David Brown, CEO of MC Mining, in the press release.

MC Mining’s announcement followed shortly after South African President Cyril Ramaphosa’s investment visit to China at the beginning of the month, a visit MC Mining was a party to. Various agreements were signed between the two countries. One of the agreements include a memorandum of understanding between the South African Department of Trade and Industry (the DTI) and the National Development and Reform Commission (NDRC) of the People’s Republic of China to cooperate on international investment promotion for South Africa’s special economic zones (SEZs) and industrial parks. The Musina-Makhado SEZ has been prioritised for implementation, and includes a 4600MW coal-fired power plant, a cement plant and other metallurgical projects. MC Mining is sure to be the supplier of coal for this power plant, should the Musina Makhado SEZ be up and running.

In the meantime, MC Mining announced on Tuesday that the Department of Mineral Resources (DMR) had approved their environmental authorisation (EA) for the hard-coking and thermal-coal Makhado Project. In January this year, MC Mining applied to both the DMR and the Limpopo Department of Economic Development, Environment and Tourism (LEDET) for an amendment to Makhado’s 2016 EA, allowing for the transport of coal to the Musina rail siding by road. The approval by the DMR follows confirmation that LEDET had approved the amendment on 3 September. 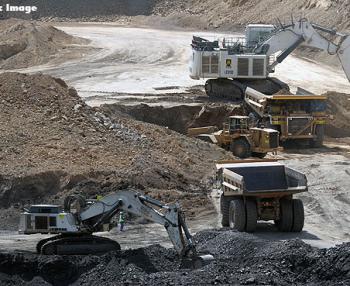