Toni Mphephu Ramabulana cannot be called the king of the Vhavenda, said the president of the Vhangona National Cultural Movement, Mr Thirabeli Robert Rakhadani. In a press release issued the past week he said that there was no Venda king, and, in any case, Toni could not claim such a position.

“Toni, just like all his brethren from the Masingo clan, is not and cannot be a king … Since the demise of the Vhangoṋa kingdom of Mapungubwe, there has never been any other kingship in Venḓa. It is the only kingdom of which we always hear from both oral and written traditions. Since their arrival here in Venḓa about 300 years ago, Masingo never established a kingdom. There is virtually no record, whether oral or written, of them ever having a kingship here,” he says.

Rakhadani’s statement was released a few days before the case in the Supreme Court of Appeal is to be heard where Masindi Clementine Mphephu challenges the awarding of kingship status to her uncle, Toni Mphephu-Ramabulana.

“When they presented their claim at the Nhlapo Commission in 2005, they said they needed the creation of a new traditional leadership position, not the restoration of something they lost, which is the Paramount chieftainship (Khosikhulu), not kingship. This position is junior to kingship. Equally so, it is common cause that the Nhlapo Commission never appointed a king during the release of its results which were announced by then President Zuma on the 29th July 2010. It said the incumbent would be decided by another commission,” said Rakhadani.

“It is common cause that Toni was a ndumi to Tshimangadzo Dimbanyika when he was installed as a chief of the Ramabulanas in 1993. So, if anyone is to turn about and tell us that Toni is now a chief, we all know that that is contrary to Tshivenḓa customary laws.”

Rakhadani again argued that the Vhangona are the only rightful owners of Venda, the land, as well as the kingship itself.

“So, we as Vhangoṋa will continue to say that there is no king here in Venḓa. We are yet to have one. The real custodians of such a position are well known. Those who usurped other people’s positions cannot do so and get away with it, those who steal and loot from the poor must face the full might of the law. Kingship should not be appointed politically or after something has been given out, either as a gift, a bribe, or any such clandestine means,” he said. 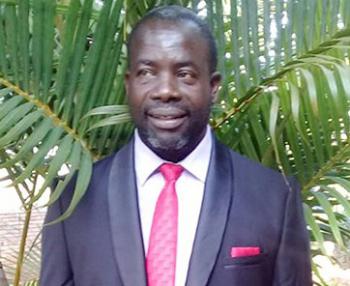