“We are not fighting” - Makhadzi and Rita Dee

The music industry is still abuzz with Makhadzi's shocking announcement on Instagram that she was leaving Rita Dee Entertainment after abuse that went on for four years.

At first people thought it was just fake news doing the rounds on social media. But once it was apparent that the post was on Makhadzi's original Instagram account, people started sympathising and empathising with Makhadzi.

At the other end, Rita Dee's Facebook page contained nothing in relation with or an immediate response to Makhadzi's allegations at the time.

Makhadzi wrote, in essence: “I am ready to leave everything that belongs to my management company and go. I have realised that my happiness comes first. Since 2014 [I have been] acting like I am happy with my management just to protect my relationship with my fans [to avoid a situation where people will think that] I always change management.” New contacts for booking Makhadzi were also provided on the Instagram post.

However, Vhembe FM's morning show, Vhuragane, hosted Makhadzi and Rita Dee on Wednesday, so they could set the record straight. They assured the fans that they were not fighting and that their relationship was still intact.

“I had put my phone down somewhere, but a person might have picked it and posted those things. It might be someone we work with, but someone we do not know. I am not the one who posted that message (on Instragram). We are not fighting either.”

Rita Dee said: “The statement (post) is divisive. Luckily, I quickly communicated with Makhadzi and we realised that someone had interfered with her account. Technicians are following up on this issue.” 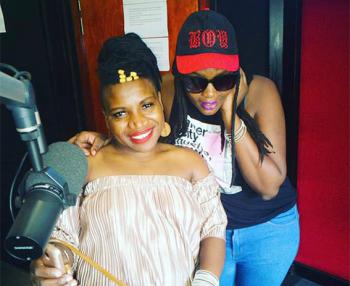