The police in Polokwane made a breakthrough in the murder case of a senior government official in Limpopo, Mr Marks Rambau, when they arrested four people.

Rambau, of Flora Park in Polokwane, disappeared last week and was found dead and partly burnt at the old Peter Mokaba Stadium. After his body was identified, the police discovered that his two vehicles were also missing.

A task team set up to investigate the case did sterling work and two suspects were arrested. The first two to be arrested were Clement Orobosa Imazobi (27), a Nigerian citizen, and Comfort Khomotso Mankuru (24), who appeared in court, together with two other accused who were arrested on Saturday for possession of suspected stolen property.

Limpopo police spokesperson Brigadier Motlafela said the four had appeared in the Polokwane Magistrate’s Court on Monday. "They were remanded in custody until 6 February, pending further police investigations," Mojapelo said. 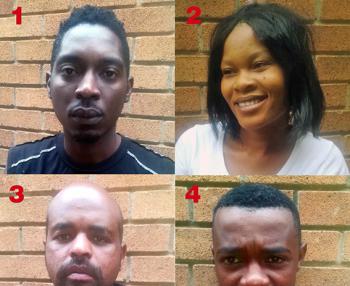