Man who “disappears” in water alive and well

A young man suffering from depression caused a big scare at Tshisahulu-Siawoadza village outside Thohoyandou the past weekend. Friends and family members believed that he had drowned and even police divers were called in to help find the body.

The drama started on Sunday when the 22-year-old Vhugala Ramawa apparently became overwhelmed by domestic problems that he had been battling with. He apparently tried to commit suicide by throwing himself into oncoming traffic on the R524 road.

His attempt was not successful, and he was taken to the local Tshilidzini Hospital for treatment of his injuries. He left the hospital without being treated and told family members back home that he would rather receive treatment from a certain doctor at a nearby surgery.

Ramawa left his home at around 23:00 and apparently went straight to a nearby tavern. He and a friend left the tavern at about 02:00 on Monday morning. When they passed the local dam at Tshisahulu, Ramawa jumped into the deep water.

“His friend informed the family what had happened, but the family could not do anything as it was still dark in the morning. We then reported the matter to the police, who came back with me and started searching for his body,” said Ms Jeanette Ramawa, his aunt.

“We were plunged into mourning, but we were hoping that the police would find his body, so that he could be given a proper and decent funeral. Police divers from Vhembe and Polokwane spent some hours on Monday, searching for his body,” she said.

According to Ramawa, word of the “suicide” spread like wildfire on Monday, and community members came from all over to see the police divers doing their work.

“After searching for hours for the missing young man, someone came to the dam saying that Vhugala had been spotted back home. Police and community members who were searching for him went to his home, where they found him to be alive and well. He then explained that he did jump into the deep water, but surfaced at the other side of the dam,” Ramawa said.

She added that the police then took the young man for proper counselling.

Limpopo Mirror visited Vhugala at his home in Tshisahulu-Siawoadza earlier this week. The shy young man did not want to expand a lot on his ordeal. “It is true that, after experiencing some domestic problem with my girlfriend, I decided to end my life. But after counselling, I realised that I should not end my life and I am happily alive,” Vhugala said.

Limpopo police spokesperson Colonel Moatshe Ngoepe confirmed that the police had spent some time searching for the young man who everyone thought had drowned. He said the young man’s girlfriend arrived at the scene and informed the police that the two of them had booked in at a local lodge the previous night where they then stayed. 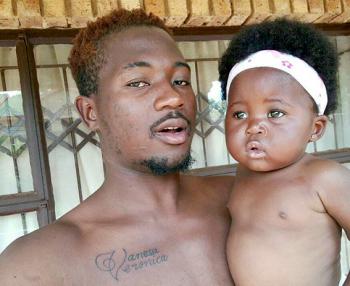