Pres Cyril Ramaphosa will launch the ANC’s election manifesto in Vhembe this Saturday.

According to the ANC secretary in the region, Adv Anderson Mudunungu, Ramaphosa is expected to address more than 40 000 people at the Thohoyandou Stadium on Friday (16th).

Mudunungu says that Ramaphosa was expected to talk about the ‘Old Venda’ pension. “The ANC’s manifesto gives answers to each citizen’s challenge.  Our manifesto is based on the people’s needs.”

“The President will address the pension issue and put a way forward on how government can deal with it to find closure once and for all,” said Mudunungu.

The other issues he will talk about will be “corruption, VBS and state capture in general. As we are in the era of a new dawn and renewal, the party is totally against corruption.  The President will outline how we will move forward.”

Mudunungu said that Vhembe also had a big problem of aging medical infrastructure and a shortage of medicine.  He will talk about this issue also. “Those who are unemployed will get answers on how their challenges will be resolved,” he said.

Mudunungu condemned the killings while adding that it was against the ANC’s policy to resolve any political differences by taking someone’s life. “We are respected and are known all over the world for resolving our political differences through negotiations as we did during the time of Codesa.” 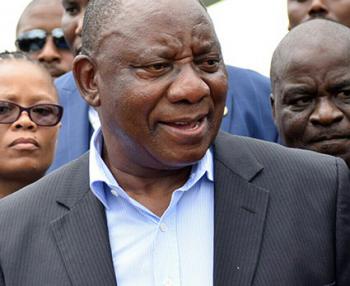