The Musina-based community radio station, Musina FM, has been fraught with problems of maladministration, mismanagement and the misuse of funds for years now, but those who purport to be the “management” deny that any “problems” exist at the radio station.

In August, matters came to a head when the station manager dismissed five staff members who had requested a meeting to address some of pressing issues to ensure that the station was run in compliance with ICASA's regulations and served the community the right way.

The concerned parties, some of whom were sacked, said that the station manager, Ms Selina Tebogo Phiri, knew about the problems the station was facing, but that she denied that they existed because she was the 'source' of all the problems.

Musina FM has been running for five years without having annual general meetings, a board of directors and annual financial statements being prepared and made available to staff members and the public.

According to one of the dismissed staff members, Mr Victor Hulumeni, the station manager and one member of the previous board of directors, Mr Jealous Munyai, are the current 'board of directors', who are also a 'power unto themselves'.

“Many individuals (presenters and board directors) were dismissed by the two through the years, because they were neither in their good books nor supported maladministration and corruption,” Hulumeni said.

He stated that he had started to oppose Phiri's management after he discovered that she was a local coordinator for the EFF who led service-delivery protest marches in the streets, and her blatant nepotistic utterances.

“She comes to the station wearing EFF regalia,” he said. “According to ICASA's regulations, no political party leaders are allowed to be involved in the management of the community radio stations.”

Some office furniture went missing from the station some time last year, but when staff members reported the case to Phiri, so that she could call a meeting to discuss the matter, she allegedly said no meeting should be held.

Limpopo Mirror's journalist sent media inquiries to the station manager, Ms Selina Tebogo Phiri, but she did not answer the questions. She questioned the journalist's authenticity and credibility and said that she was ready to sue the newspaper if ever her name appeared in the newspaper.

In 2017, the Media Development and Diversity Agency (MDDA) approved R2 560 600 in funding for Musina FM, to cover digital on-air and capital expenditure, salaries, operational costs, office equipment and transmission. “We are of the opinion that the MDDA funding was misused,” said Hulumeni. “It surprises us that, with the funding, we still didn't get stipends.”

MDDA's spokesperson, Ms Cheryl Langbridge, stated that the agency had paid out two tranches of the funding to Musina FM, but added that they could not pay out the third one because the station had misused the second tranche. “The MDDA is holding back paying the third tranche, pending clarification around the use of some monies in the second tranche for items not agreed to in the contract,” she said.

Langbridge could not say how much of the R2 560 600 had been paid out to Musina FM so far. “The exact details of contracts and payment schedules are confidential,” she said.

ICASA's communications manager, Paseka Maleka, said that ICASA was concerned about the current state of operations at the radio station. “There are only two members left on the board,” Maleka said. “We will, however, follow up with the radio station to verify and find clarity on the status of the board.”

The most appalling aspect is that Musina FM last communicated an AGM report to ICASA in 2013. “For the 2017/18 financial year, ICASA compiled an annual compliance report on Musina FM; and one of the findings was that the radio station has not held an AGM as contemplated in the licence conditions and the station's founding documents,” Maleka said. “The non-compliance has been noted and steps are being taken on the matter.”

Maleka stated that the community-broadcasting regulations prohibited political office bearers from playing any role in the board, management and staff of community broadcasting service licensees.

“ICASA will have to investigate this matter and verify such allegations,” Maleka said. “If found to be true, steps will be taken to address the matter.”

According to Maleka, the authority had engaged and intervened to assist the radio station in complying with its licence terms and conditions in the past. “We'll continue to engage them,” Maleka said. “Certain regulatory processes will have to be undertaken before any drastic action is taken against the radio station.” 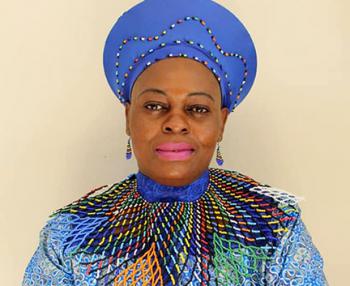 Mr Victor Hulumeni says he will never stop telling the truth to ensure that Musina FM gets onto its feet again. Picture supplied.