A well-known taxi owner and pastor of Louis Trichardt, Mr Samuel Tshifhango (64), was shot and killed at his home in Louis Trichardt on Tuesday afternoon. His death is allegedly related to taxi violence.

His murder sent shockwaves through the taxi industry and community, with many calling on the police to tighten the screws and apprehend the killers.

Tshifhango was the chairperson of the Louis Trichardt Musina Taxi Association, who were fighting for the route with the Beitbridge Taxi Association (BTA). The two associations are to appear in the Polokwane High Court on Monday for route-related matters.

The daughter of the deceased, Ms Kundani Tshifhango, said that only after her father had parked his car at the gate had the attacker shot him several times. “Our father was a loving person who took care of all of us. We have lost a good, caring father who always came up with solutions when we had problems.”

She further indicated that the family would not be safe when the attackers were still at large. She urged the law-enforcement agencies to speed up their investigations and to apprehend the perpetrators. “We are still shocked and terrified by this assassination,” she said.

She mentioned that it was difficult to understand why her father had been killed. “He was a visionary and the strategic thinker of the family's transport business. We have received many messages of condolences locally and from abroad and it shows us that my father was a people person and accommodating to everyone, irrespective of colour, race and religion,” she said.

The secretary of the LTT Musina Taxi association, Mr Collen Luvhengo, said that he was still shocked that one of its members had been shot dead. "The deceased’s colleagues, who have been traumatised by the incident, are receiving counselling,” added Luvhengo. He expressed his condolences to the Tshifhango family.

“The role he played in fostering unity, discipline, hard work and dedication within the family and community shall always be cherished,” Luvhengo said.

Speaking on condition of anonymity, a neighbour said they heard two speeding vehicles, followed by gunshots. “It was so sudden. I was not far from here and when I went out to investigate, I saw a black VW Jetta and VW Polo speed off. That was when we realised our neighbour had been shot dead at the steering wheel of his car. It was so terrifying, and it will take time for me to forget this incident,” he said.

Police spokesperson Brig Motlafela Mojapelo said the police were investigating the tragedy. No arrest had been made at the time of our going to press, and a case of murder was opened. Mr Tshifhango is survived by five children. According to his daughter, funeral arrangements are at an advanced stage. 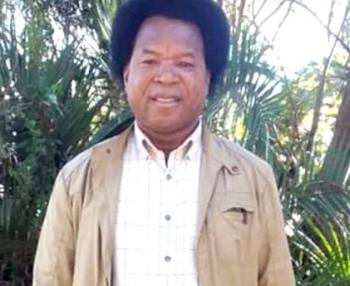