She had plans of raising her baby girl with love and affection. Unfortunately, she never saw her bundle of joy because she died immediately after giving birth at a Gauteng hospital.

The mood was sombre and highly emotional as hundreds of mourners gathered at the deceased’s family home village of Makonde-Tshilulu for the burial last Saturday. Every mourner was clearly touched by the unexpected passing of the deceased although they sang hymns to comfort themselves.

The deceased’s little girl slept peacefully in the house as funeral proceedings went on emotionally inside a tent that was erected in the family’s yard.

The deceased’s uncle, Edward Munyai, said the family was totally devastated by the passing of their loved one. He said the news of Lingedzani’s passing was a great blow to the family and a terrible loss. “It is very painful to lose a family member in this way. What is very painful is that she went to hospital alive and healthy to give birth, but she never came home alive. Besides the newly born baby she left behind, she also left two other children who will grow up without motherly love.”

Edward said what was even more painful was that his deceased niece had also lost her mother recently. “We buried her mother, Elisa, just five months ago and now we are burying her. This is a very difficult moment for us as a family. However, we are grateful of the support we are getting from relatives, friends and community members since the passing of my niece.”

Speaking at the graveyard on behalf of Makonde village’s traditional leader, Musanda Vho-Tshedza Ravhura, Khotsimunene Vho-Nyadzeni Ravhura said the village leadership was deeply saddened by Lingedzani’s passing. “Our wealth is the people we rule and when one subject passes on, it becomes a huge loss to the royal family. We send sincere condolences to the family and urge them to be united during this difficult time.”

Mourners wailed uncontrollably as the casket containing Lingedzani’s remains was lowered into the earth at Makonde graveyard. 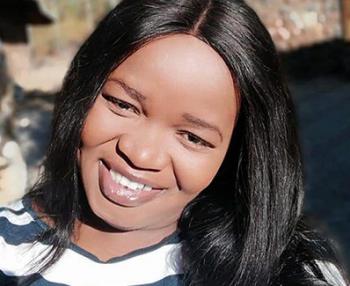