A feud over land is casting a shadow over plans to build a state-of-the-art mall at Lwamondo village, outside Thohoyandou.

Two weeks ago, the Limpopo Mirror reported on the plans to build a 30 000m2 mall on a seven-hectare piece of land situated between 15 SAI and Zwikwengani, Lwamondo Mvelaphanda. The mall will be built by Lim Investment, a company led by a well-known local businessman, Gen Abel Nelwamondo, and his two Chinese partners, Yi Xing Weng and Qi Gui Zhuang.

In an interview, Nelwamondo said that the first phase of the mall would be started as soon as the lockdown period had ended. Phase one will entail 60 new shops. “After that, we will build another 40 shops, which will be the final phase of the project, which will also include enough parking,” said Nelwamondo.

The article attracted an unprecedented response, especially on social media. On the Limpopo Mirror’s Facebook page, the posting was read by just more than 228 000 people, eliciting no fewer than 219 comments. Several people questioned the viability of yet another mall, while some expressed concern over the Chinese businessmen’s involvement. Social-media users also commented on the land where the new mall is supposed to be built, stating that ownership of this land is in dispute.

Last week, calls were received from people who did not identify themselves clearly at first. One caller, who phoned from an unidentified number, complained that the article was biased and did not reflect the full picture of what was happening at Lwamondo. He said the land where the mall was to be constructed did not belong to the Nelwamondo royal family, but rather to the Netshivhale royal family.

During a follow-up call, the newspaper was requested to speak to Vhamusanda Vho-Netshivhale, so that he could give us court documents that prove that the land belongs to them, not the Nelwamondo family. He said that the Netshivhale had allocated stands in the same area to people because the land belonged to them.  Although the caller claimed that he did not have an interest in the story of the alleged land dispute, he said our article was confusing people who had spent a lot of money in building their houses and developing their businesses in the same area.

A person who identified himself as Vhamusanda Vho-Netshivhale then called early this week, saying that he had sent his spokesperson, Vhadau, to speak to us about his concern. He reiterated that our story was biased towards the Nelwamondo royal family.

“Netshivhale” said we must write another article that would prove that the land in question belonged to them.  He also promised that he would give us documents to prove that. However, he said, he would only provide the documents after the Nelwamondo family had provided their court documents.

Limpopo Mirror reported about the land dispute and the court cases in December 2018. At that stage, the Nelwamondo traditional authority had succeeded in obtaining an order that forced the Netshivhale royal family to stop selling land at Dzwerani-Mvelaphanda in the Lwamondo area. The report stated that nearly 1 000 site seekers had purchased land, with the sites ranging in price from R8 000 to R15 000.

When contacted about the land dispute the past week, the spokesperson for Vhamusanda Vho-AC Nelwamondo, Pedron Nndwa, said that “the Nelwamondo royal family are the rightful heirs to the throne and the Netshivhale serve under the Nelwamondos”.

Nndwa said that the Commission on Traditional Leadership Disputes and Claims’ provincial committee had previously considered the matter and declined to recognise John Ratombo Netshivhale as the senior traditional leader.

The dispute dates back to 2015 and, since then, has found its way to court on several occasions.

After the court order was granted in favour of the Nelwamondos in 2018, the Netshivhale family indicated that the matter would be appealed. Exactly what has happened with the case could not be determined, however.

On Wednesday, the Tshivhale royal council sent through a letter for publication in which they respond to the proposed building of a mall in their area. The family welcome the development but argue that the location is not suitable for such a development and it does not cater for critical needs.

“We have earmarked the land near Vhavenda Bricks, based on many reasons (for such a development),” reads the letter. “The area is an excellent catchment area for customers as it’s situated in the centre of a large and diverse customer base … If anyone wants to build a thriving and economically sustainable mall, build it next to Vhavenda Bricks … Businesspeople know that having a good product or service alone does not always result in a success. Location plays an important part in the whole equation,” the letter reads.

(If space allows, the letter will be published in next week’s edition, along with a follow-up article) 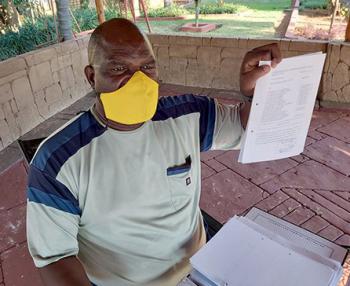