“Please stop with the Covid-19 stigmatising”

A skewed interpretation of how the coronavirus spreads, as well as stigmatisation, is causing unnecessary trauma for many people. One of these victims is a nurse from Thengwe Thondoni village. She is being ostracised by community members who refer to her as “the Covid-19 virus”.

Ms Marcia Tangulani is a registered nurse who primarily works at clinics and hospitals in the Western Cape. She explains that she works for a nursing agency that places her at various health-care institutions.

When President Ramaphosa announced a window period during which people could move between provinces, she opted to make use of the opportunity and return home. Because of the possible danger of spreading the virus, she had herself tested for the virus before leaving Cape Town. This test showed up negative.

Tangulani, as an experienced health care worker, realised that a possibility existed that she could have picked up the virus when travelling home, albeit a very small possibility. To be on the safe side, she self-isolated and explained to her family members why she needed to avoid contact with other people for the first week or so.

Unfortunately for her, some members of the community misconstrued the situation and labelled her as being “the Covid-19 virus”. Even her family members were being targeted by people who saw them as a threat.

Tangulani was subsequently visited by nurses from the local clinic, who did a Covid-19 screening test. She said that the tests again showed up negative, and produced a letter proving this. “I would love to put the matter to rest now,” she says.

The local traditional leader, chief Thanyelani Nemutanzhela, responded by saying that he was shocked by the way people still stigmatised the coronavirus. “So many, many people get sick with this disease, but they recover. Instead of gossiping about them, we should be giving them our support,” he said. He warned people who are still spreading rumours to stop before they find themselves in a wrong place. 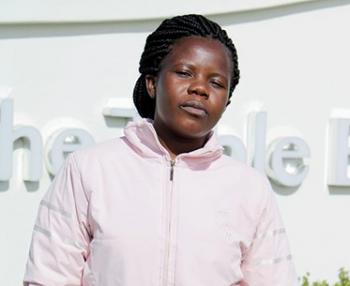