Arguments as to who should be the king or queen of the Vhavenda may be heard in court later this year. If the legal team representing Masindi Clementine Mphephu Ramabulana get their way, the case will be scheduled for a hearing in October.

The battle to decide who will be the next ruler of the Vhavenda has been continuing for many years. In April last year, the Supreme Court of Appeal (SCA) ruled in favour of Masindi and set aside the recognition of Toni Mphephu-Ramabulana as king of the Vhavenda. The SCA ordered that the case be heard again in the Limpopo High Court and that a ruling be made on several burning issues.

The SCA also instructed the Limpopo House of Traditional Leaders (LHTL) and the National House of Traditional Leaders (NHTL) to provide the court with clarity on three issues. The first was whether measures had been put in place to promote the principle of primogeniture in traditional communities. This issue was fiercely debated in the case before the SCA, where Masindi argued that she had been sidelined in the succession battle because of her gender. The second issue was whether a child born before his or her parent became king or queen could be recognised as successor. The third issue concerned whether a Ndumi qualified as a successor to a position of traditional leadership.

In November last year, the two houses filed their report in the Thohoyandou High Court. In the report, the LHTL and NHTL try to provide clarity on the burning issues. They cited examples where women are in leadership positions, effectively saying that, should a woman become queen, this would not be a problem. “The Vhavenda customary law of succession had already been changed to accommodate women,” state the findings. The report also found that the fact that Masindi was born before her father, Dimbanyika, became king should not pose a problem.

The third issue that the SCA regarded as crucial to the case was whether a Ndumi qualified as a successor to a position of traditional leadership. “The Ndumi is described as a male person appointed by the royal family as one of the assistants to the reigning King or Queen,” the report states. The two houses highlight that Toni was appointed as Ndumi to his late brother, Dimbanyika. “His appointment as Ndumi automatically disqualifies him from succeeding in a position of traditional leadership,” the report reads.

After the report became public, the Mphephu-Ramabulana royal council indicated that they would challenge the findings of the LHTL and NHTL. Their spokesperson, Mr Ntsieni Ramabulana, said at the time that they would try and have the report reviewed.

The legal counsels of the different parties were supposed to arrange a pre-trial hearing to sort out various practical arrangements, but this could seemingly not take place. Masindi’s legal representative, Mr Johann Hammann, said this week that they had attempted to have the pre-trial hearing, but had been delayed on several occasions. The meeting was eventually scheduled for last Thursday, 4 June, but only their team and that of the president took part. He said Toni’s legal team had cancelled and once again indicated that they first wanted to have the report of the LHTL and NHTL reviewed.

Masindi’s legal team and that of the President decided to continue with the pre-trial hearing and were of the opinion that the report could not be taken on review, said Hammann. They will now apply that a three-week period be set aside for the hearing, starting on 26 October. 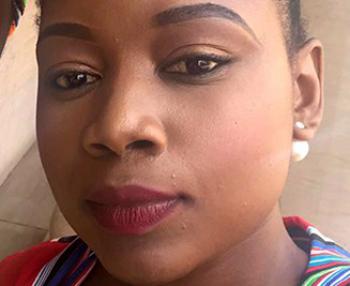 If the legal team representing Masindi Clementine Mphephu Ramabulana (photo) get their way, the case will be scheduled for a hearing in October.