The Thulamela Local Municipality in Thohoyandou is on cloud nine, because it is the only municipality in Vhembe district that received an unqualified finding. This according to the recent findings of Auditor General Kimi Makwetu, who released the outcomes for local governments for the 2018/19 financial year.

“We received an unqualified audit opinion from the Auditor General, and in this this context, the municipality is working towards the achievement of a clean audit and clean governance. In pursuit of all-round of good governance, the municipality has developed policies to ensure that it conducts its business in line with the prescripts of the law,” said the mayor, Cllr Avhashoni Tshifhango.

Tshifhango said they had promised the people to intensify the fight against fraud and corruption and in that policy, they warned that they would not tolerate fraud, corruption, and maladministration.

Mayor Tshifhango was speaking during the State of the Municipality Address (SOMA) last Monday (10 July) that was broadcast on the Vhembe and Univen community radio stations, where he tabled the capital budget of R190 million for the 2020/21 financial year.

“We want to remind our communities out there that only 10 years are left for the municipality to achieve our 2030 city status, to promote urban regeneration and comprehensive rural development, while encouraging local economic development to improve the quality of lives of our people. This resolution is the enabler that will unlock the full potential of Thulamela Municipality in its relentless war against poverty, unemployment, and inequality,” he further said.

He said that they had a good story to tell that, during the previous financial year, they had built houses for marginalized people and he mentioned beneficiaries such as Phophi Mutshinyalo from Thononda, Rasivhaga of Ndondola, and Ramabannda of Ha-Khakhu, among others.

“We have, during the previous financial year, electrified 23 villages with a total of 2 171 household connections, on a total budget of R25 430 000.  About 318 RDP houses were completed at various villages and seven mayor-pledged houses were successfully completed in Makwarela, Tshidongololwe, Phiphidi, and Dzwerani villages,” he added.

Tshifhango further said several major road-construction projects that were started the previous financial year were currently in progress, including the Khoroni to Univen and Maungani street upgrading, the Thohoyandou N (Muledane) service road, Makwarela Extension 3 streets, and construction of the Gwangwatini and Lambani bridges. 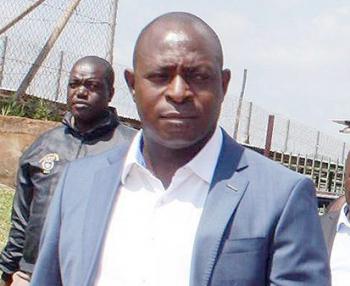