Fathers are parents too

Local resident Castro Musinyali has started an organisation called We Are Fathers, We Are Parents, which advocates for the parental rights of fathers.

Musinyali says that he had a very bad experience with the justice system when he applied for custody of his daughter. “I struggled without success to gain custody of my daughter after the passing of her mother in a car accident in August 2017,” he said. “I was in court even before her passing to seek access to my daughter, because the maternal grandparents denied me access.” His daughter was only one-and-a-half years old then.

He says his daughter cannot enjoy the rights other children enjoy from their fathers, because he does not have free access to her. He cannot even take her to the doctor when she is sick, like other fathers do, because she does not live with him and he is barred from seeing her.

The pain and frustration that Musinyali felt after he was barred from seeing his daughter made him apply for custody of her, but he went through what he describes as “the worst experience with the justice system”.

“As I continued to fight for my daughter, I founded the organisation We Are Fathers, We Are Parents, which is aimed at uniting fathers who are called ‘unmarried fathers’ with their children.”

He says that what men are being submitted to is parental alienation when they are prevented from having healthy relationships with their children. “The alienators execute this strategy to try to punish the other parent after separation or divorce,” he explains. “The alienated parent has to rely on the courts for parental plans to have contact with the child. Parental alienation may also get perpetuated by maternal grandparents, as it is in my personal case. Alienating a child from his/her parent has negative effects on the development of the child.”

Musinyali says that when fathers go to court, they are always discriminated against when it comes to raising or having custody of their children. “The result of parental alienation includes boys’ growing up without a father figure and they end up at times becoming drug abusers, perpetrators of violence against women and engaging in immoral sexual relationships,” he says. “A girl child may seek to fill the void left by the absence of the father through dating older men to experience how it feels to be around a mature male figure. When they suffer from all this, what society does is to judge them and call them names, not caring about the causes of their lifestyle.”

He has even composed and released a song, entitled A Child’s Prayer, for the children who are denied the right to see or be with their fathers. “This song is the voice of all children,” he tells. “Children want their fathers. The idea behind the song is to raise awareness around the silent suffering of children and to get society to realise the damage we are doing to children.”

Musinyali says that his organisation will continue to help affected fathers in the Vhembe District and beyond, and that any interested people are welcome to contact him on tel. 072 786 8956. 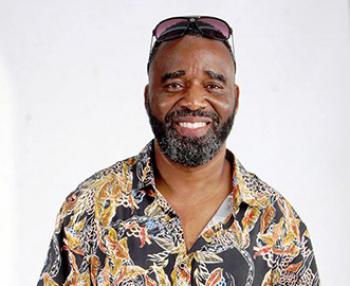 Castro Musinyali  has started an organisation to advocate for the parental rights of  fathers. Picture supplied.