Can a snake provide you with magical powers?

Can a snake provide you with magical powers, allowing you to accumulate wealth and influence the lives of people around you? Some people, including artists, seem to believe in these myths and even keep snakes as pets to “assist” them.

Last month, popular (and often controversial) author Jackie Phamotse opened up a literal “can of worms” by raising the subject of superstition among local artists. She accused some of South Africa’s rich and famous people in the entertainment industry of using “witchcraft” and “snakes” to gain success and wealth.

In an Instagram Live video, Phamotse said that people kept long snakes in their houses for money, power, control, and protection from other people who were doing the same. She talked about the cult-like practices where people are assigned animals. These animals can be snakes, white or black, which act as “protective mechanisms”, or means of obtaining money.

Phamotse’s views are not supported by everyone, even from within the circles of traditional healers. A popular traditional healer from around Vhembe, who asked that his name not be mentioned, said he had encountered such superstitions. He calls this practice to try and create wealth by keeping snakes as pets by a Tshivenda name, Zwinwanakadzi. He was reluctant to express an opinion on the “success” of such practices, saying that he did not have much experience with such.

A person who is well known for his views on cults, superstition and “false prophets”, is Pastor Makhado Sinthumule Ramabulana. He is of the opinion that one can accumulate wealth through the use of snakes. “Yes, snakes can make one rich,” he said. He described this as cult-like behaviour.

“When you join a cult, you start to live by many rules,” Ramabulana said. “You now have a private life and secrets. You even have a room where no one is allowed to enter, and your life revolves around one pattern of having many girlfriends.”

Ramabulana said most people in this cult used pythons because of this snake’s presumed ability to hypnotise its prey. “When these people (who use snakes) look at you, they hypnotise you like a python, and you will give them everything that they want, and that’s how they get money and business deals.”

According to Ramabulana, various consequences result from being in a cult or using snakes for wealth. “The people in a cult lose family members, they die early or lose all their businesses,” he said. “It is also possible to leave the cult, but you must confess everything (including murders that happened during the process) and go to church,” he said.

Ramabulana is the author of a book called Church Mafias that provides more details about these cults.

The general consensus, however, is that keeping a snake as a pet is no different from keeping any other pet, apart from the legal consequences. The reptile has no more magical powers than a poodle but is much more dangerous. Keeping any wild or exotic animals, including snakes, without the necessary permits is illegal. Snakes such as the South African python are on the list of endangered species and keeping them as pets is illegal and irresponsible.

That pythons can hypnotize their prey is also a myth, with no scientific evidence to prove this. This myth is probably fuelled by the fact that snakes do not have eyelids, which means that they cannot blink. They will keep on staring at their prey and very often the prey, due to natural instinct, will “freeze”, hoping not to be seen or will simply be paralyzed by fear.

To make matters more complex, snakes are entwined in folklore and the Vhavenda culture. Probably the most “famous” snake is the mythical python that stays in the deep waters of Lake Fundudzi. This water snake is a “fertility god”, responsible for bringing much-needed rain to local crops.

Another tale is that of the python that stays deep under the earth at Sagole Spa. The spa’s hot mineral water “flows from its belly and rises through its mouth to the surface”.

The snake also features in the popular dances of the Vhavenda, such as the Domba. In this dance, girls and boys dance fluidly, like a snake, to the beat of a drum, while forming a chain by holding the forearm of the person in front. 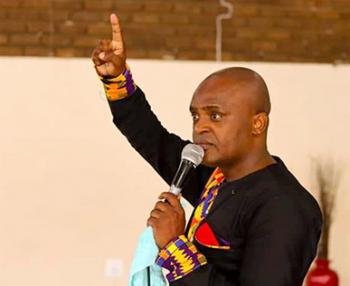