Partnership between Univen and Njhakanjhaka to boost employment

Graduates from the University of Venda and Vhembe TVET colleges are looking forward to job opportunities created through the working relationship between the university and the Njhakanjhaka Traditional Office.

A workshop to facilitate this, held at Njhakanjhaka Traditional Authority Hall on Monday, 11 October, was attended by Chief Njhakanjhaka, Univen staff from the Institute of Rural Development (IRD) and unemployed graduates from around Elim.

The purpose of the meeting, according to Professor Joseph Francis, was to consolidate the work that Univen IRD has been doing in communities over the years. This is an effort to bring other units of the university into this partnership, so that different expertise from the campus can now be deployed into the various programmes that the university wants to run in partnership with traditional councils. So far, six traditional councils are involved, namely Sinthumule, Njhakanjhaka, Tshivhase, Manenzhe, Masia, and Madonsi. According to Prof Francis, the IRD and the Traditional Office have been in a working relationship since 2006.

“We have a number of issues in the community that we can turn into projects, but we are unable to deal with such issues. We need to be taught how to plan the process,” said Chief Samuel Mukhari, further adding that several graduates from around Elim had benefited since the commencement of this relationship, with a number of them working under the Department of Social Development.

Unemployed graduates who attended the meeting expressed hope of getting employed through such a programme. “I see this relationship as an opportunity to create employment. I graduated in 2018 and since then have not been employed,” said Moland Tshilaluke. He studied international relations but has been working as a minibus taxi driver for the past month.

Expressing her frustration, Pfuxani Baloyi (34) said she had studied marketing management with Vhembe TVET College and completed her studies in 2012, but she had still not been employed. “I hope this is going to create some form of employment, so that we can also be involved and get experience. This experience will help us get into the working class,” Baloyi said. 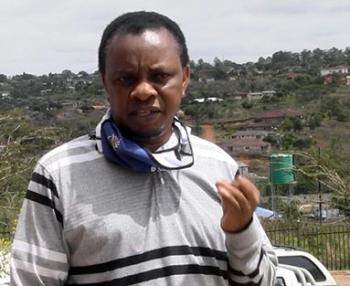