Man kills estranged wife and then hangs himself

A 22-year-old woman from Tshiungani in the Niani area was stabbed to death by her estranged husband, before he hanged himself on Sunday, 12 June.

The relationship of Thembuluwo Nevhulamba and her husband, Lufuno Matamela (29), was described by many as violent as they were apparently always quarrelling and fighting.

According to provincial police spokesperson Brig Motlafela Mojapelo, Nevhulamba had been stabbed in the chest and head with a sharp object and was lying in a pool of blood on the ground when she was found. Matamela’s body was found hanging from a tree only a few metres away.

Mojapelo said they suspected that a case of domestic violence might have led to the couple’s deaths, but that this could not be taken as a fact at this stage. The police have opened an inquest docket.

Mr Vhulahani Nevhulamba, the father of the deceased woman, said that the incident had caught them off guard. “It came as a great shock to us, having to lose two people in one day. We are very sad and do not even know what exactly happened,” he said.

The chairperson of the Real Man Foundation, Mr Itani Nenguza, said the fact that men still responded by killing women while perceiving them to be their property was a shame. He said that many men failed to have healthy relationships because they met women on the street and married them the following day.

Nenguza said that everyone had the responsibility to foster peace and good relations within their homes and within the communities. “We are tired of murders and all other kind of crimes. We would like to urge people to desist from violence in the event of disagreements. Rather try to resolve disputes in an amicable manner, or opt for counselling to avoid unnecessary loss of life,” he said.

Matamela will be buried on Saturday, 18 June, and Nevhulamba on Sunday, 19 June - both at Domboni. The services start at 06:00. 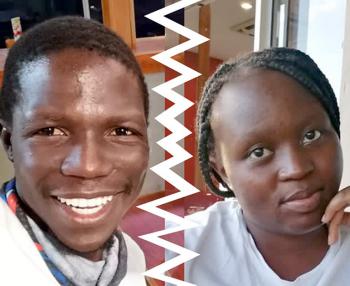