Another man kills wife, hangs himself

Police have opened a case of murder and an inquest after another man, this time from Maelula village, allegedly stabbed his wife to death before hanging himself on Wednesday, 15 June.

Last week, this newspaper reported on another case of the same nature, where a man from Tshiungani in the Niani area also stabbed his estranged wife to death before hanging himself.

According to police spokesperson Brig Motlafela Mojapelo, the circumstances leading to this recent tragedy were still sketchy, but Nematswerani is suspected of having accused his wife of having another lover. The couple reportedly had a heated argument before he allegedly stabbed Mukhatho to death with a sharp object and left her body, along with a bloodied knife, at the house. He then went to his mother’s home in another village, where he hanged himself from a tree in the backyard.

“We are currently investigating the motive for the murder and subsequent suicide,” Mojapelo said.

The chairperson of the Real Men Foundation, Mr Itani Nengudza, condemned the ongoing killing of women by their husbands. “A man who sets out to kill his wife gives a bad name to all men, and this in spite of all the campaigns by government and non-governmental organisations. Men are still the perpetrators of violence against women and children,” he said. 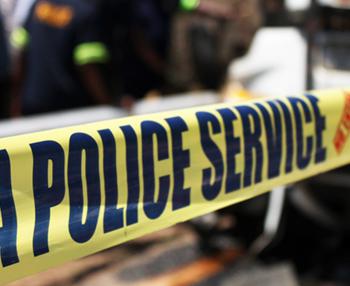