The South African Police Service (SAPS) has capacitated their National Service Complaints Centre to enable the public to also report allegations of police brutality or cruel, inhumane, and/or degrading treatment and/or punishment committed by members of the SAPS.

This was in response to a judgement handed down on Friday, 15 May, by Judge H Fabricius in the North Gauteng High Court of South Africa in the matter of Mr Collins Khosa. Khosa died in April after allegedly being tortured and killed by members of the SAPS, SANDF and Johannesburg Metro Police in Alexandra for contravening the lockdown regulations.

The SAPS states in a press release that the public may, for the duration of the state of disaster, report complaints regarding the SAPS at the nearest police station, the National Service Complaints Centre on the toll free number 0800 333 177, or on the following email addresses: complaintsnodalpoint@saps.gov.za or service@saps.gov.za. Complaints can vary from torture or cruel, inhumane, and degrading treatment or punishment committed by law-enforcement members, to poor service delivery regarding police response, investigations, police negligence and police misconduct. “When members of the public report a complaint, the respective complaint will be required to contain detailed information, such as full names and surname, identity number, residential or business address, telephone and cellphone numbers and an email address. Complainants will also be required to give a detailed description of what occurred during the incident, including the province or area in which the complaint originated as well as the date and time of the incident and details of the SAPS officials involved,” the SAPS says.

According to the SAPS, the national state of disaster has created an unprecedented situation that requires the co-operation of everyone to prevent, limit, contain, combat, and manage the spreading of COVID-19. “Law-enforcement agencies are expected to ensure that the disaster-management regulations are adhered to by all inhabitants of the country,” says the SAPS. These regulations and directions are available at http://www.saps.gov.za/newsroom/regulations/regulations.php  or at https://www.gov.za/coronavirus/guidelines.

The police’s press release then goes on to warn the public suspected to be in contravention of the disaster-management regulations once again that they may be, among others, arrested or requested to accompany a law-enforcement officer to a police station. If the offence is of a serious nature, the person may be detained, subject thereto that he or she must be brought before a court as soon as reasonably possible, but no later than 48 hours after the arrest. If the offence is less serious, the community service centre commander or the senior member of the SAPS in charge must consider the release of a person (in consultation with the investigating officer). A person can also be given the option to pay an admission-of-guilt fine and be released. This means that the person will not have to appear in court, but by paying the admission-of-guilt fine, the person is regarded as having been convicted in court on the charge and the person will have a criminal record.

The police statement also warns the public “to take note that the guidelines regarding enforcement of the State of Disaster Regulations allows that a law-enforcement officer may forcibly confine the body of the arrested person if the person does not submit to custody (in accordance with Section 39 of the Criminal Procedure Act, 1977). Furthermore, if the suspect resists the arrest or attempts to flee, section 49(2) of the Criminal Procedure Act, 1977, authorises an enforcement officer to use force that is reasonably necessary and proportional to overcome such resistance or attempt. However, under no circumstances may a person be tortured, assaulted or mistreated in any manner by a law-enforcement officer.”

The statement goes on to say that law-enforcement officers are expected to support the aim of the State of Disaster by providing a service, render assistance, give advice, guide and lead the community, in order to ensure that lives are saved. Officers are further expected to encourage and sensitise members of the public to adhere to social distancing. “Even though social distancing is currently not an offence and it cannot therefore be enforced, law-enforcement agencies must ensure that high visibility is maintained around malls, shopping centres and other areas and that the public is informed about compliance…” the statement reads.

Regarding the issue of arrest, the national commissioner of the SAPS, General KJ Sitole, issued a directive on 20 May to all police members clarifying under which circumstances an arrest may be affected. “As a general rule, the object of an arrest is to secure the attendance of a person at his or her trial. A member may under no circumstances arrest a person in order to punish, scare or harass such person or to teach him or her a lesson,” the directive states. It further states that a member of the police must ensure that a particular offence exists in law before arresting a person for the commission of an offence. “Where certain conduct has not been criminalized (such as the wearing of masks or social distancing) members must sensitise ‘transgressors’ that their conduct is endangering their health and that of others. Members must continuously monitor if certain conduct constitutes an offence as the Regulations often change,” stated the directive.

The directive also points out that, although Section 39(1) of the Criminal Procedure Act allows for police to “forcibly confine” the body of a person in the process of arresting them, this is only permissible if the person does not submit to custody. “Later, in court, a member may be required to explain the circumstances that were present, which required him or her to ‘forcibly confine’ the body of the person that he or she was arresting,” the directive states and goes on to warn “a member who uses force for any other purpose (such as to punish or teach a person a lesson), may himself or herself be guilty of an offence, such as assault, assault GBH, attempted murder, etc.” Interestingly enough, the directive also warns members of the police not to use “private equipment or equipment not issued by the SAPS, such as a ‘sjambok’, etc.” 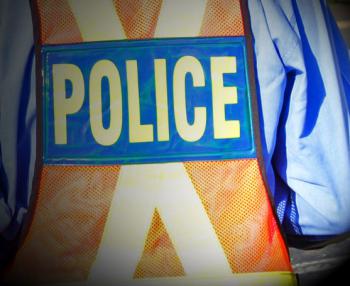