Mashau appeared as accused number two in the case, along with ABSA bank official Fhatuwani Sidwell Mudzanani (27) who again appeared briefly in court on Tuesday.

“It is alleged that the accused had a plan with his friend (Fhatuwani Mudzanani) to defraud R25 million from the Limpopo Provincial Government department’s accounts and deposited it into different bank accounts linked to themselves,” said the regional spokesperson for the Director of Public Prosecutions, Ms Mashudu Malabi-Dzhangi in a press release. She confirmed that Mashau was arrested today at this homestead at Mashau Misevhe A.

Mashau’s case was postponed to 30 September for a formal bail application. “The accused will remain in custody,” said Malabi-Dzhangi. 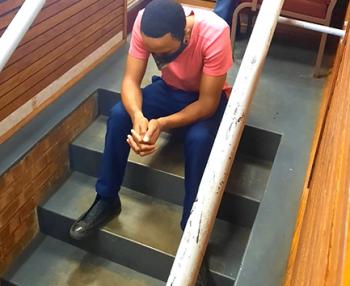