The police in Waterval are still searching for a man who had allegedly killed his girlfriend at Mpheni Vhutuwangadzebu last Thursday (7 October).

Details around the murder remain sketchy at this stage. The woman, identified as Ms Agnes Mathebula (40), was reportedly seeking refuge at her neighbours’ two days before she was killed, complaining that she had problems with her boyfriend. Rumour has it that the couple were going through a rough spell. Mathebula’s son apparently went to the house, looking for his mother, and found her lifeless body lying in a pool of blood on the floor with stab wounds to her chest and head.

Police spokesperson Brig Motlafela Mojapelo confirmed the incident and said it seemed as if a fight had started inside the house as the police had found a bloodied knife on the floor. “The suspect presumably knew that there were no people in or around the house, sneaked in unnoticed and killed her in cold blood,” he said.

Neighbours allegedly saw Mathebula’s boyfriend come out of the house, running in the direction of the mountains.

A murder case has been opened against the boyfriend, who is still on the run from the police. 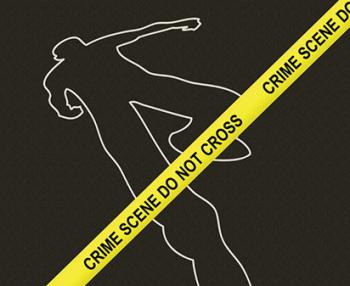