Former soccer star of Muraleni is no more

Fans of former local soccer player Rhulani “Marula” Maringa (36) of Muraleni were deeply touched to learn about his death. Maringa died in the George Mkhari Academic Hospital in Tshwane on 6 January, following a long illness.

In his heydays, he played for the Muraleni Young Rebellions, Muraleni United Brothers, Makhitha Oscar Stars and The Dolphins, who played in the Limpopo Safa ABC Motsepe League. He shared the field with stars such as Marks Munyai, who is currently playing for the PSL team, TS Galaxy, Meshack Maphangule (former Orlando Pirates and Black Leopards player) and many others.

One of the founders and the owner of Makhitha Oscar Stars, Mr Oscar Sirovha, said that replacing someone such as Maringa would be very difficult as he was extremely dedicated to his job. At the time of his death, he was helping with developing Muraleni United players. “His death came as such a shock to everyone,” Sirovha said. “The football family had lost one of its members who had always worked hard towards the development of soccer.”

Maringa will be buried in the Muraleni cemetery on Saturday, 15 January. The service starts at 06:00. 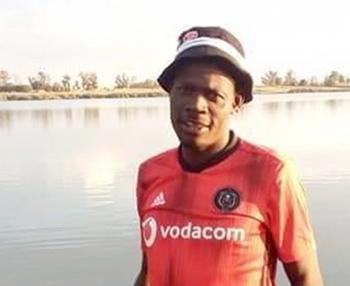