Clubs affiliated to the Safa Vhembe MMK Soccer League last season will receive their league prizes during a ceremony at the Thohoyandou Arts and Culture Centre this evening.

About R900 000 will be distributed to 157 clubs. The region’s overall champions, Tshakhuma RO Na Ndilani, will receive R60 000 and a floating trophy. Tshakhuma represented the region in the provincial promotional playoffs at the Nkowankowa Stadium in Tzaneen, where they finished the two-day tournament with 12 points, three ahead of the second-placed Baobab Zero Fake.

Tshakhuma RO Na Ndilani and Baobab Zero Fake will be campaigning in the ABC Motsepe League when the activities for the new season start next month.

Berea FC, who finished in the second position in the Champ of Champs tournament, will receive R35 000, Mpheni Home Defenders R30 000, while the fourth-placed Wayeni Sea Robbers will receive R25 000.

Teams that finished in the third to the eighth position in their respective streams will receive cash prizes ranging from R8 000 down to R5 500 respectively. The remaining teams will be presented with consolation prizes of R3 000 each.

The ceremony is scheduled to start at 18:00 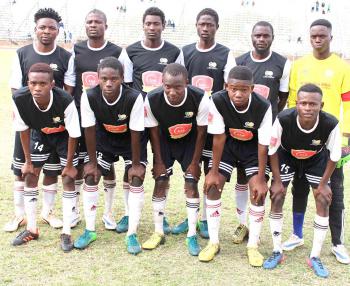