Away match for Morning Stars

After collecting the maximum points in their Sasol Women’s League match against Re Tla Dira Ladies FC, Shayandima Morning Stars are geared to maintain their winning ways when they meet Moria Sweepers at the Boyne Stadium in Polokwane on Sunday afternoon.

A victory for the Shayandima Stars will boost their chances of winning the league title, because they are closely contesting for the league championship. The Sweepers’ defenders will have it tough against the Stars’ strikers, Dolly Nkuna, Munei Nemuramba and Nthabiseng Matswi.

Chippas United Ladies will travel to Polokwane. Their match against First Touch Academy will be staged at the Ladanna Grounds. Things are fast moving from bad to worse in the Chippas’ camp. They were brutally walloped 0-8 by Maindis Ladies at the Tshifudi Stadium last Sunday. Should they fail to collect the full points tomorrow, Chippas will drop to the bottom of the log.

The pace setters, Maindis Ladies FC, will host Tshandama Young Stars at the Capricorn FET College campus grounds. Should they fail to register a victory by a huge margin tomorrow, Maindis will have nobody else to blame but themselves. Young Stars are battling to find a winning combination.

The University of Limpopo will travel to Modimolle where they will lock horns with Kanatla FC at the Nylstroom Hoërskool grounds. Mandebele Happy Fighters will host Sisters FC at the Mandebele Grounds in Zebediela. 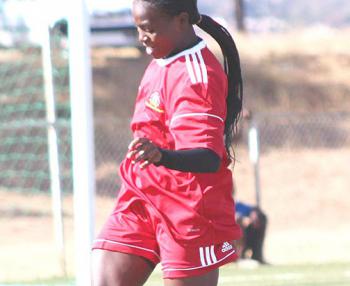