Can the Royal Eagles fly over TTM?

The struggle for promotion will continue among the teams affiliated to the National First Division League (NFD) this weekend. Tshakhuma Tsha Madzivhandila (TTM) must collect the maximum points against Royal Eagles to maintain their leadership on the log.

TTM will play against Royal Eagles at the Chatsworth Stadium in Durban tomorrow afternoon.

TTM or Vhadau vha Damani, as they are affectionately called, are currently leading the pack with seven points accumulated from three matches. They are tied on seven points with Mbombela United, Richards Bay FC and Ajax Cape Town.

On the other hand, the technical staff for Royal Eagles is still battling to find a winning combination. They managed to collect only one point from the three matches they have played to date. They are in the third position from the bottom of the log.

Whether the defenders of Royal Eagles will have the power to stop the TTM’s strikers, David Zulu, Edward Manqele and Ononogbu Onyedichakhi, remains to be seen. 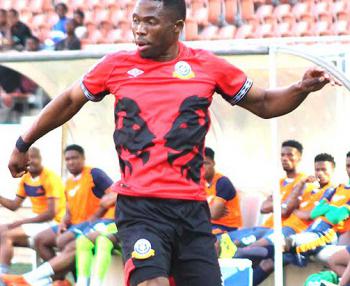