Morning Stars played defensive football in the first 20 minutes of the game. At that stage, the visitors were all over them, pumping balls to the Stars’ danger area time after time.

Realizing that their scoring chances were slim, Maindis’ technical staff effected an early change to their starting lineup. They replaced Raesetja Mametja with Adolphina Bopape in the 19th minute. Bopape formed a good combination with Molepo Rapatsa at the forefront. Rapatsa was unfortunate in the 28th minute. She went loose from the left corner, but her half volley missed the target by inches.

The goal that earned Maindis the three important points came in the 69th minute. Maite Magoro beat the offside trap and blasted in a rocket from close range. A few moments later, Molepo Rapatsa of Maindis was given her marching orders, following a second bookable offence.

The defeat means that Morning Stars are out of the race for promotion to the newly launched Premier League. 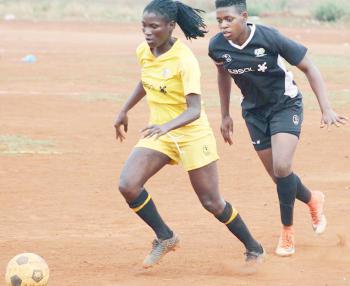