The competition will take place on 4 of May at the Vhuilafuri Stadium in Kutama.

The event will start with a 7,5 km fun walk.

During the launch, the mayor of Makhado, Cllr Samuel Munyai, said sport provided many positive opportunities for the community. “Good sportsmanship provides guidelines that can be generalized to classroom and lifelong achievement. It also teaches children to function in a competitive society,” he said.

Munyai said that, through sports, people could learn values such as discipline, responsibility, self-confidence, sacrifice and accountability. “It is up to the municipality, parents, teachers, sports teams and schools to help mould, develop and instil these qualities into the lives of young people.”

The chairperson of the Makhado Local Football Association, Mr James Maluleke, stated that the government could not curb the high rate of unemployment alone. He appealed to the business community to follow in the footsteps of Makhado Local Municipality, saying sports had become a major employment provider of late. He defined different sporting codes as a good vehicle to fight unemployment and poverty. 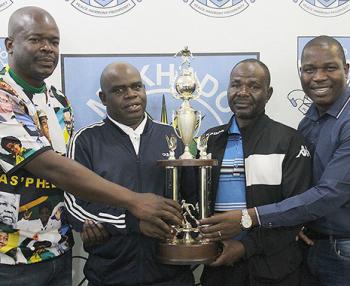