Black Leopards are gearing up for two tough fixtures.

They will host Maritzburg United in their Absa Premiership League match at the Thohoyandou Stadium tomorrow (Saturday) afternoon. The match is a matter of life or death for both Leopards and United. Lidoda Duvha and United are among the teams fighting for survival.

United’s chances to escape the relegation axe are fast becoming slim. The KZN side are languishing at the bottom of the log with 20 points, while the Thohoyandou outfit are perched in the 12th position.

Should they fail to collect the maximum points against Leopards tomorrow, United must start to adjust themselves for a new life in the National First Division come next season.

A quick glance at the Leopards’ track record in their home matches shows that United will be lucky if by chance they manage to hold the local lads to a draw. Leopards’ performance improved dramatically, following the appointment of Mr Dylan Kerr as the team’s head coach four months ago.

Whether the United defenders will have enough strength to stop Leopards’ strikers, Joseph Mhlongo, Mwape Musonda and Lifa Hlongwane, remains to be seen.

The combination of Khuliso Mudau and Lehlohonolo Masalesa in the Leopards’ midfield has the potential to cause havoc among the opposition's defence.

Leopards will again host the title chasers, Mamelodi Sundowns, at the same venue next Wednesday (01 May).

This weekend, Highlands Park will also entertain Polokwane City at the Makhulong Stadium in Thembisa, while SuperSport United will host Bidvest Wits at the Loftus Stadium in Pretoria.

Kaizer Chiefs will undertake a journey to Bloemfontein, where they will play against Bloemfontein Celtic at the Dr Molemela Stadium. The other weekend fixtures are: Chippa United vs Cape Town City, Lamontville Golden Arrows vs Free State Stars and Baroka FC vs Amazulu. 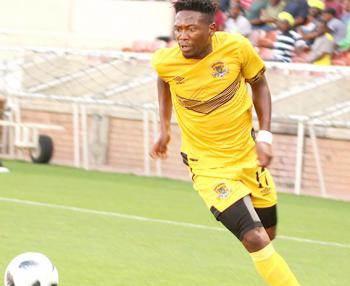