Dipeni FC were too good for Musasenda Big Five when they brutally walloped them 6-1in their quarter-final match of the Tshikosi Soccer Tournament at the Makonde Home Defenders grounds on Sunday.

Rudzani Thabo, the captain of Dipeni, was a marvel to watch in the game. He scored a hat trick. Dipeni, or Vhanzheli as they are also known, opened their account in the eighth minute. Their Rastafarian striker, Mukondeleli Makahane, caught Big Five's keeper, Khodani Matambila, napping with a long-drive half volley.

Big Five did not lose hope after Dipeni’s opening goal. They continued to play like a good unit, with their midfielders distributing some telling passes to the strikers. Their solitary goal came in the 37th minute when Mulisa Mudau beat the keeper with a ground cutter. The score was 1-1 at half time.

Dipeni came back strongly in the last half. They took the lead in the 49th minute when Rudzani Thabo scored from a free kick. Rotondwa Mutsivhuli of Dipeni missed a sitter moments thereafter. He shot wide from inside the box, with the keeper already beaten.

Dipeni strengthened their striking force by replacing Mukondeleli Makahane with Emmanuel Makhura. What followed thereafter was one-way traffic, with Big Five at the receiving end.

Rudzani Thabo was on target again in the 64th minute. This after the keeper of Big Five fumbled the ball. Thabo completed his hat trick moments thereafter. He received a beautiful pass from Rotondwa Mutsivhuli and blasted in a rocket from the 25-meter area.

Rotondwa Mutsivhuli scored the sixth nine minutes towards the end of the game. A substitute, Emmanuel Makhura, was on target on the stroke of full time. He beat the offside trap and unleashed a close-range ground cutter. 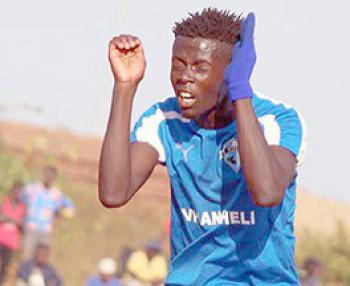