New Discovery FC were crowned the new champions of the Khethi Gavhi Soccer Tournament at the Mushiru grounds on Sunday. They beat Lukalo Hot Aces 1-0 in the final to lift the trophy.

The Lambani based side was presented with cash prize of R10 000, soccer kit, a floating trophy, two soccer balls and gold medals during a ceremony at the grounds shortly after the final whistle. They also received a cheque of R500, sponsored by a local engineering company, Mathacs Civils.

Lukalo Hotspurs beat Lambani Home Defenders in their semi-final match, which was played at the same venue earlier that day. New Discovery’s way to the final went via Belavhathu FC, whom they beat 2-1 in the semis. 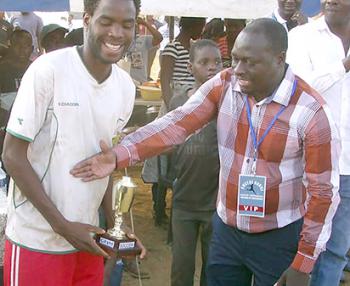