Bright future for Artists and Berea

While many teams affiliated to the MMK Administrators Soccer League will probably battle to find the form they were in when the league postponed all league fixtures indefinitely as a way to mitigate the spread of the coronavirus, United Artists and Berea FC will have very little to do to be crowned the league champions in their respective streams.

United Artists are leading the pack in the Stream A. With 14 matches remaining before they wrap up their league activities for the current season, Artists are almost sure of a place in the promotional playoffs. The Lufule side are shining on top of the log with 56 points, 21 ahead of the second-placed Mapapila Blue Ribbon FC.

Artists must win half of their remaining matches to lift the trophy. Should they manage to finish on top of their stream, Artists will represent the stream in the promotional playoffs for the fifth time in succession.

Berea FC were on top of Stream I when the league issued a notice to postpone the fixtures until further notice. Berea, who are based at Zwigodini village in the Niani area, have deposited 56 points into their league account to date. Dipeni FC, who are in the second position on the log standings, are nine points behind Berea. Dipeni and Berea have each played 20 matches so far.

Dipeni FC were the Stream I ambassadors in the promotional playoffs last season. Unfortunately for them, they did not make the grade in the annual event.

Madridtas FC are the current Stream B log leaders with 50 points, seven ahead of Madandila Happy Boys.

The race for promotion in Stream C is between Ngwenani Young Chiefs and Rockers FC. Young Chiefs are leading the pack with 49 points, while Rockers are close behind with 46 points. 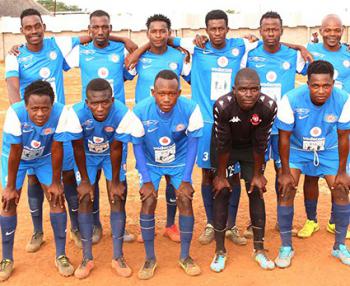