Dylan Kerr not certain about his future

Baroka FC’s head coach, Mr Dylan Kerr, does not know what the future holds for him. The 53-year-old mentor joined Bakgakga in January, replacing the Zambian national, Mr Wedson Nyirenda.

Kerr revealed that his contract with the Polokwane side is due to expire at the end of next month. According to him, the contract has the option to be extended.

He stated that the contract would only be extended if the club managed to retain their Absa Premiership status at the end of the season. The former Black Leopards tactician further revealed that his wish was to stay at Baroka beyond this season. “Unfortunately, that will depend on the team’s results in the remaining six matches,” he said.

Kerr said that he had not lost hope, even though Baroka were perched in the relegation zone on the log standings. Baroka are tied on 23 points with Polokwane City and Amazulu, while Black Leopards are languishing at the bottom of the log with 20 points. Asked if the release of four players recently would not affect the team’s performance, Mr Kerr said that the chairman of the club, Mr Khurishi Mphahlele, had consulted with him before releasing the players.

Baroka recently announced the release of four key players, Kamogelo Mogaswa, Ranga Chivaviro, Mogau Kwinana and Tebogo Sodi. Kerr reiterated the fact that the team would continue to produce positive results, despite losing the four players. He also stated that the four players requested an early release, so that they could have a better chance to find new clubs.

According to him, the contracts of the four players were due to expire at the end of next month. Speaking from his home in Malta Valletta, England, Kerr said that he could not wait to come back and join his players in the training camp. Baroka were languishing at the bottom of the log when Kerr took the risk of accepting the offer as the team’s head coach. 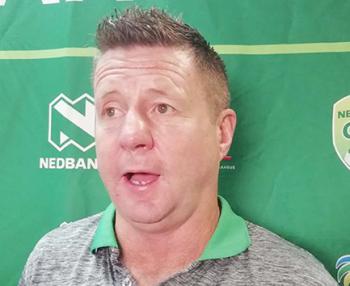