Black Leopards might have failed to avoid taking part in the promotional/relegation playoffs, but the team’s caretaker coaches, Messrs Morgan Shivambu and Mongezi Bobe, deserve a pat on the shoulder. Shivambu and Bobe took over as caretaker coaches from Mr Allan Clark, who resigned from the team’s head coaching position two weeks before the resumption of the league programme.

Like most of the teams, Lidoda duvha were left with six matches to wrap up their league programme when the league came to a halt towards the end of March. After taking over as one of the caretaker coaches, Shivambu vowed that his team would collect enough points in their remaining matches and escape relegation at the end of the season.

He was quoted as saying that their aim was to win their first three matches and get at least one point in the last three fixtures. Leopards won three of their last six matches and lost three. They beat Maritzburg United 3-2 in their first match before crushing Lamontville Golden Arrows 2-1. Their third victory was over Bidvest Wits, whom they narrowly beat 1-0.

They donated points to Amazulu, to whom they lost 0-1, and suffered another 0-1 defeat at the hands of Supersport United. Mamelodi Sundowns walloped them 3-0 in their last match. A quick glance at the team’s track record in the current season shows that Shivambu and Bobe had delivered what no other mentor had done within a short period of time.

Collecting nine points out of possible 18 at such a crucial time is something that Shivambu and Bobe will always be remembered for. Asked what could have been the reason for their failure to accomplish their mission, Shivambu revealed that the wheel of fortune had turned against them when they had narrowly lost 0-1 to Supersport United.

Supersport scored the only goal during the referee’s optional time. “We wouldn’t be taking part in the playoffs, had we managed to hold Supersport to a draw,” he said. He stressed the fact that they would maintain their winning ways in the promotional playoff matches to retain their Premiership franchise. 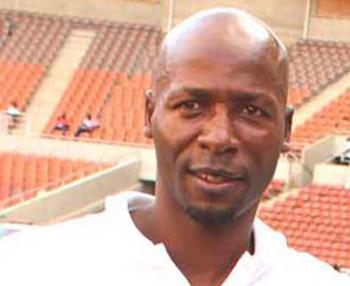