Vhadau Vha Damani and Amazulu on the warpath

After playing to a 1-1 draw with Chippa United in their DStv Premiership League match at the Nelson Mandela Bay Stadium in Port Elizabeth last Sunday, Tshakhuma Tsha Madzivhandila FC (TTM) will be back home this weekend. They will host Amazulu at the Thohoyandou Stadium tomorrow evening (Saturday), starting at 18:00.

TTM and Amazulu have each won only one match so far. The only time Usuthu had managed to collect the maximum points was when they beat Black Leopards 2-0 at the Moses Mabhida Stadium in Durban last month. The KZN side nearly lost their home match against Cape Town City last Saturday. They snatched a late equalizer to bring the final score to 1-1.

On the other hand, TTM’s only victory was against Baroka FC, whom they narrowly beat 1-0 at the Thohoyandou Stadium two weeks ago. Vhadau Vha Damani, as they are affectionately called, will be without their playmaker, Meshack Maphangule, in their game against Amazulu tomorrow. Maphangule was given his marching orders, following a second bookable offence in their game against Chippa United last Sunday.

Miguel Timm is likely to be Mangangule’s placeholder tomorrow. Should he be given a chance, Timm is likely to form a good combination with the former Black Leopards central defender, Edgar Manaka, in the middle of the park.

During an interview with Mr Ayanda Dlamini, the head coach for Amazulu, he revealed that they were expecting the toughest game ever. He stated that he had watched a number of TTM’s games on television, including their most recent one against Chippa United. He repeatedly said that a draw against TTM would do them more harm than good when considering the fact that they were lying in the relegation zone on the log standings.

Mr Dlamini’s counterpart from the TTM camp, Mr Joel Masutha, summed up his comments by saying that they were going for a kill. 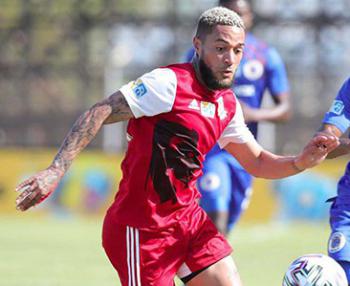